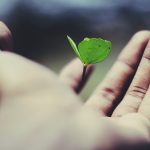 Reiki is a Japanese technique used for stress-reduction and relaxation that also promotes healing. Reiki is an awareness that a universal unseen energy flows through all living things and directly affects the quality of a person’s health.  Reiki has been a part of the wisdom of many cultures since ancient times and is known by many names.  You may have heard it referred to as Qi (in China), Ki (in Japan) and Prana (in India).  Science also refers to this as the biofield energy.  The belief is that when your energy is low, you are more susceptible to illness.  When your energy is strong, you feel strong and are less likely to get sick.  Reiki is a stress-reduction technique that increases a person’s supply of Life Energy. 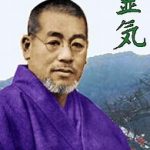 Lori Ann DeChant is a Reiki Master having received training from two Master Trainers in California. Lori completed USUI Holy Fire I, II, III-Advanced and Mastery Training.  At that time, Lori also served in the community as a Reiki practitioner and participated in monthly meetings for enhancing her skills in practice. Lori is an affiliate member of the International Center for Reiki Training and is listed on the website as a trainer and practitioner. Lori is part of a group of Reiki practitioners that collaborate on a regular basis. Lori has studied the use of essential oils and music and may bring some of these special techniques in as part of your overall Reiki experience. 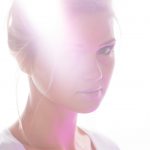 Reiki energy allows the client’s muscles to relax and increases blood flow to treat areas, which in turn quickens the healing process. Practitioners and clients report help with stress, headaches, insomnia, upset stomach, sprains and other minor conditions. Occasionally miraculous results are reported. Reiki can also help you to release feelings of sadness, anger, fear, worry and help you to replace these with more tranquility. Reiki is not a medical treatment and makes no claims to be healing in itself but rather it promotes wellness.

What to expect in a session with us 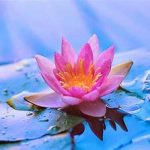 When you arrive you will undergo consultation, having the opportunity to ask questions and complete a brief questionnaire about your concerns and wellness. This process takes about 15-minutes. Reiki is administered through the laying of hands of a Reiki practitioner with you laying down fully clothed on a massage Reiki table. Reiki can also be administered to you sitting in a chair. A session usually lasts 45-minutes to an hour.  The Reiki practitioner knows when to stop the session and will check in with you when it is time. The Reiki practitioner will place her hands at locations around the head, shoulders, abdomen, legs and feet.  The practitioner’s hands are simply held at locations, with either lightly touching the area of just being slightly away from your body.  The Universal Reiki Energy flows through the practitioner’s hands into your body and energy field. A Reiki session feels like a wonderful glowing radiance that surrounds and fills you with feelings of relaxation, peace and well-being that also promotes healing. 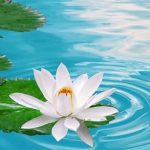 There may be soft music, water sounds or singing bowls played during your Reiki experience. You may feel some tingling or dizzy sensations at the end of the session.  Clients usually take an additional 15-minutes after the session is over to gain focus before leaving the office.

Reiki is used in hospitals! 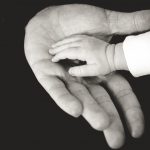 Reiki is increasingly popular in medical communities with over 800 US hospitals offering Reiki as a standard part of their care. A research study at Hartford Hospital in Hartford, Connecticut indicates that Reiki improved patient sleep by 86%, reduced pain by 78%, reduced nausea by 80% and reduced anxiety during pregnancy by 94%. In addition, nurses also reported that it was helpful and reduced the negative side effects of chemotherapy.

Reiki is Used With Animals! 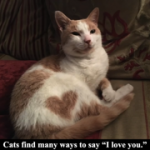 Reiki is a wonderful way to help support animals that have experienced trauma.  Reiki can help with managing anxiety, nervousness and it helps with regulation and the nervous system. It can support an animal with reaching a calmer state. Reiki has been used with horses, dogs and cats as well as with other animals.

Most animals arriving to animal shelters have been abandoned and/or exposed to some kind of trauma. Reiki is wonderful to use with these animals as we can often see the results quickly.  Animals respond well to Reiki and many practitioners use Reiki with their family, friends and beloved pets. Our Reiki Master has used Reiki with a number of animals in order to support them with reaching a calmer state.

One special case was Fergie.  Fergie was adopted from a shelter after being abandoned.  Her provider passed away and Fergie was left at the house. She was found by a neighbor outside the home. Although her background information wasn’t known, it was reported that she was moved from home to home several times before coming to live with her provider who passed away. Fergie was exposed to a number of events and once she arrived at the shelter she hid and cried continuously. She would become startled and would jump when touched by staff, even when they tried to approach her in a calm, gentle way. Fergie was acting as if she was in a state of panic.

Fergie was adopted by our Reiki Master who used Reiki with her. Daily short sessions were used at first and then weekly.  With sessions, Fergie was able to become calmer and she began to regulate her emotions.  She appeared to be less frightened as evidenced by the fact that her startled response to touch had ceased. She became a more relaxed cat. This is just one of the many stories you can find about Reiki and use with animals.

For more information use the Contact us button located at the top of our homepage to email us at info@crystalsunservices.com to see how we may help you.